Talking Montana and Russia on MSNBC 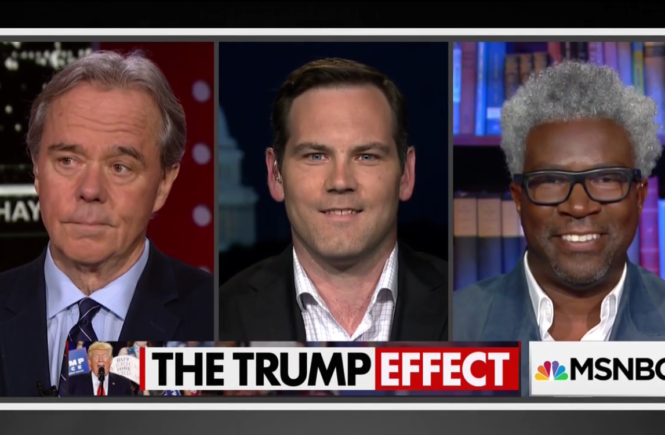 On Friday evening I joined Chris Hayes on MSNBC to about the Montana special election and its implications for Republicans. An hour or two before the show, the Washington Post dropped a bombshell report that Jared Kushner had discussed secret back-channel communications with the Russians in a previously unreported meeting during the transition period. With the news coloring the rest of the show, the segment ended up being a bit of a mashup.